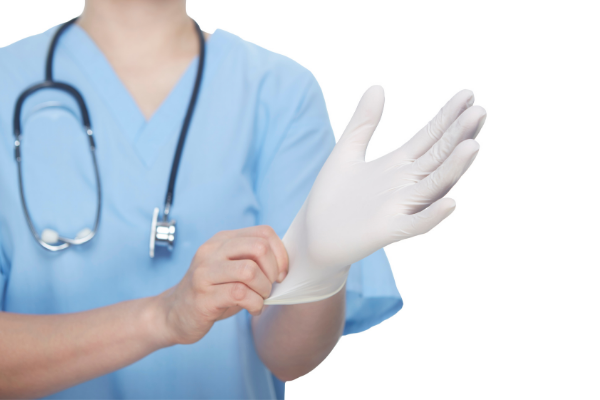 There’s no denying it.

The pandemic has sharply increased the demand for rubber gloves for the healthcare industry.

And one of the biggest beneficiaries of this increased demand is none other than Top Glove Corporation Berhad (SGX: BVA).

The demand has been so strong that the business cannot fill orders quickly enough, resulting in lead times extending up to 510 days.

On the face of it, investors may conclude that Top Glove is confronted with a happy problem.

The group is aggressively ramping up its production capacity to meet burgeoning demand.

The problem of insufficient supply has just been exacerbated by the temporary closure of some of Top Glove’s factories in late November as over 5,100 of its workers were reported to have contracted COVID-19.

16 factories in Meru, Klang has been shut down while another 12 are operating at 20% capacity.

Much of the rise was due to continued strong demand for nitrile gloves for the healthcare industry.

Due to burgeoning demand, the group was able to increase the average selling prices of its gloves.

Top Glove’s net margin for the first quarter was nearly 50% and was significantly higher than the 9.2% clocked during the same period last year.

It was also higher than the net margin of 41.6% achieved in the company’s fiscal 2020 fourth quarter.

While much of this rise can be attributed to the sharp increase in volumes and selling prices, investors should note that the net margin may be volatile as the group embarks on its ambitious expansion plan.

Also, the rise in raw material prices, specifically natural latex concentrate and nitrile latex, up 13% and 40% quarter on quarter respectively, may erode some of the profits enjoyed by the company in later quarters.

3. Structural tailwind for the glove industry

Management once again reiterated the changing landscape caused by the COVID-19 pandemic, and how this will contribute to sustained growth for the business.

Before the pandemic, the glove industry was experiencing a steady growth of around 10% per annum.

The reason for this is due to continued usage of healthcare nitrile gloves even if a vaccine has been successfully administered, as there will still be testing needed for COVID-19.

Gloves will also be needed to administer the vaccine.

Also, with an increased awareness for hygiene, more businesses and individuals will request for gloves to protect their loved ones from infection, thus contributing to the higher future growth rate.

In line with the group’s intention to continue rewarding shareholders, management has commenced the payment of quarterly dividends for the current fiscal year.

Based on its stellar performance, Top Glove has declared a dividend of 16.5 sen for the first quarter which amounts to a 56% payout ratio, where six percentage points are considered to be a special dividend.

Note that this dividend alone already exceeds the total dividend of RM 11.83 sen paid out for the whole of the fiscal year 2020.

As of 9 December 2020, Top Glove owns a total of 36 glove factories located in Malaysia, Thailand, China and Vietnam.

These factories can produce 90 billion gloves per annum and the group employs a total of 21,000 staff.

The group plans to increase its capacity to 129 billion gloves per annum by December 2022, with a total of 42 glove factories, around 33% more than what it can manufacture today.

Plans are also afoot to increase total production by 100 billion pieces per annum by the fiscal year 2026.

A total of RM 10 billion has been earmarked for this ambitious expansion plan.

Get Smart: A blip for Top Glove

The group has not managed to avoid controversy, though.

The Malaysian government had recently opened up 19 investigations into six subsidiaries of Top Glove over offences involving workers’ dormitories.

It alleges that the group’s worker accommodations did not comply with local authorities’ by-laws.

If guilty, the offence could result in severe fines as well as jail time.

In response, the group will spend RM 100 million on workers’ facilities and accommodation, and another RM 70 million on new mega hostels that will be ready by 2022.

While there are mis-steps along the way, these should be a small negative blip for the group as it continues to enjoy healthy demand for its gloves that could grant it strong multi-year growth.