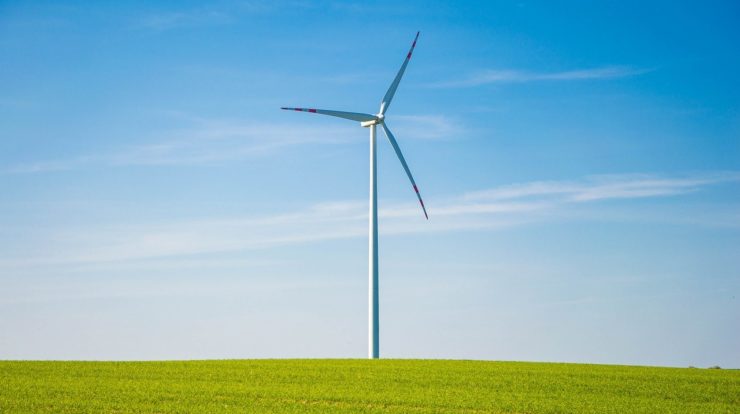 Singapore Prime Minister Lee Hsien Loong made climate change a key point in his latest National Day Rally. And some of Singapore’s largest companies are heeding his call.

PM Lee did not mince words, stressing that climate change is “one of gravest challenges to humankind”.

At its core, the earth’s average temperature is rising at an alarming pace,  causing polar ice caps to melt. That, in turn, is leading to an increase in sea levels around the world.

Global warming is also causing weather patterns to become more extreme. In Singapore, PM Lee said, our weather is getting hotter while rainfall is getting heavier.

Given the situation, individuals and companies alike need to take action to reverse the negative impacts on climate change.

“We would like to see that by 2030, the carbon emissions for the entire Temasek group are reduced by 50 percent.”

Meanwhile, some of the largest companies in Singapore are making clear commitments to take action.

We would like to highlight five blue-chip companies that are doing so.

The bank said that will honour its existing commitments but will make no new commitments, preferring to shift its focus to funding for renewable projects.

OCBC believes that by 2030, operating solar plants will become cheaper than existing coal projects in Vietnam, Indonesia, and the Philippines.

With costs for renewable energy on a downtrend, supporting the growth of the renewables seems to be a wise decision.

Like OCBC, DBS Group said it will honour existing commitments that are expected to be completed by 2021.

In addition, DBS Group committed to stepping up its financing of renewable energy projects. This move is a step up from the previous statement the bank put out in February 2018, where it pledged to only finance new coal power plants with strict emission controls.

Another company that is heeding the call for a sustainable world is SATS Ltd (SGX: S58).

In October 2019, SATS announced that it will partner Sembcorp Industries Limited (SGX: U96) to install rooftop solar panels atop SATS airfreight Terminals 1 to 4, its inflight catering centres, and its maintenance workshops.

SATS has also set itself a sustainability goal where it is aiming to reduce its carbon footprint by 80% by 2030. In this context, the move to install solar panels is a big step in towards SATS’s target.

Meanwhile, Sembcorp Industries has plans of its own.

The company is installing solar panels on the rooftop of the buildings that it owns in Singapore.

Solar panels will help to reduce the consumption of electricity produced by burning fossil fuels.

Being an energy producer, Sembcorp Industries can play a significant role in reducing carbon emissions by working on more sustainable energy production methods.

CapitaLand Limited (SGX: C31) is the fifth company that is working to contribute to a sustainable world.

The company has a target of achieving 100% green certification for its global portfolio by 2030.

In addition, the property developer aims to have renewable energy form 20% of its energy consumption by 2025.

Earlier in July, Capitaland partnered Sembcorp Industries to install rooftop solar panels at six Capitaland properties by the end of 2019.

This move indicates that Capitaland is serious about making its properties more sustainable by reducing its carbon footprint through the use of renewable energy.

Get Smart: Sustainable action for a sustainable world

There is a dire need for individuals and companies alike to reduce their carbon footprint to reverse or slow down the ill effects brought about by high carbon levels.

However, results cannot be achieved overnight.

All five companies mentioned have long term goals stretching out as far as 2030 to achieve their sustainability goals.

In addition, the actions needed do not end in 2030. True to its name, sustainability is an ongoing task.

As investors become more aware of the impacts of climate change, they will be looking for companies to live up to their promise for sustainability.

It’s time to walk the talk.

None of the information in this article can be constituted as financial, investment, or other professional advice. It is only intended to provide education. Speak with a professional before making important decisions about your money, your professional life, or even your personal life. Disclosure: Saket Jhajharia owns shares of DBS Group and OCBC.