5 Businesses That Will Benefit from the Launch of SingapoRediscover Vouchers 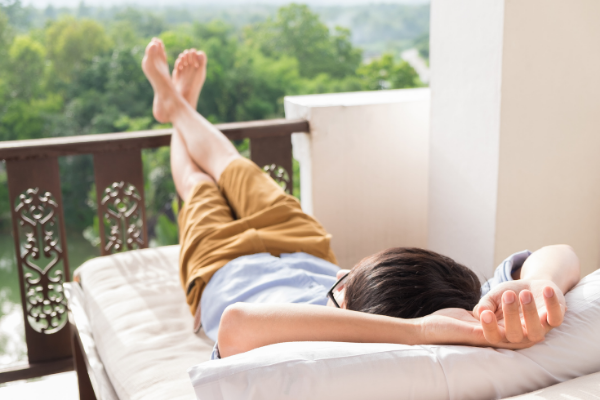 It’s no secret that hotels and attractions are suffering from the COVID-19 outbreak.

But some help is on the way.

The Singapore government is encouraging people to support the tourism industry by offering a S$100 redeemable voucher to each eligible Singaporean aged 18 and above, which can be spent at these attractions and hotel stays.

Here are five companies whose attractions and hotels could benefit from the government’s monetary support.

Emulating the London Eye along the River Thames in London, the Singapore Flyer is an iconic giant observation wheel located near the Downtown Core of Singapore. Opened in 2008, it’s one of the world’s tallest Ferris wheels.

And this iconic attraction is owned by a little known company called Straco Corporation.

The group is not new to the tourism industry.

Listed in Singapore in 2004, Straco is one of the key tourism players in China.

It owns some of China’s major tourism theme parks such as the Shanghai Ocean Aquarium in the premier district of Shanghai and Underwater World Xiamen in the scenic Gulangyu Island in Xiamen City.

In fact, the Singapore Flyer is its flagship project in Singapore.

So far, the company has weathered the storm well and has a large cash pile accumulated from its profitable tourism sites.

Net cash balance stood at S$158.9 million as of 30 September and should help tide the company over while waiting for a recovery.

Genting runs Resorts World Sentosa (RWS), one of only two casinos in Singapore.

Singapore is Asia’s second-largest gaming market behind Japan and is the world’s third-largest.

RWS is also one of Asia’s largest integrated resort destinations. It has attractions such as the Adventure Cove Waterpark, SEA Aquarium and Universal Studios Singapore theme park. These attractions drew in 7.6 million visitors last year.

So far, its latest third quarter results continued to be weak from COVID-19. Sales fell by 50% year on year to S$301 million during the quarter, while it recorded a lower net profit of S$54.4 million, down 66% from a year earlier.

Ascott Residence Trust, or ART, is one of Singapore’s largest hospitality REITs, with a focus on serviced apartments and hotels. Its properties are well located across key developed markets, including China, Japan, UK and the US.

In Singapore, Ascott Orchard and Ascott Raffles Place are two of the REIT’s iconic properties.

ART has also been adversely affected by widespread border closures.

However, the main concern is not the lack of demand for travel in the long run, but a severe cash crunch in the short term for the REIT.

So far, ART’s balance sheet has held up reasonably well. Gearing is at a low 34.6% with a sufficient interest coverage ratio of 2.9x as of 30 September 2020.

For its third quarter 2020 business update, the REIT’s revenue per available room fell 70% year on year to S$47 but increased 27% from the second quarter as market conditions stabilised.

Average occupancy for the quarter remained low at 40%, though this was higher than the 30% recorded in the previous quarter.

But the REIT is still well supported by its management contracts which help provide a steady source of income.

Since its listing in 1968, the company owns seven hotels in Singapore, Malaysia and Thailand.

In Singapore, it owns Hotel Royal at Newton Road and Hotel Royal@Queens. Both hotels are located in the quiet recesses of Singapore, ideal for many budget, backpacking tourists.

So far, its half-year financial results have been poor.

Sales dropped 37.6% year on year to S$17.4 million. This is largely because of lower room, food and spa sales. It incurred net losses of S$3 million during the same period.

While its cash flow remains tight, the company still holds a portfolio of quality assets.

These assets allow the company to be able to continue refinancing its loans from the bank.

The Amara is a well-regarded hotel brand in Singapore.

One of them is its flagship city hotel, the 388-room Amara Singapore located in Tanjong Pagar.

It also owns the Amara Sanctuary Resort Sentosa, its very first boutique resort, targeted for guests who like a quiet rest from the busy island city.

Not only that, Amara also has hotels across Asia’s biggest cities, including Shanghai, China and Bangkok, Thailand with Amara Signature Shanghai and Amara Bangkok.

Similar to many hotels in Singapore, Amara has been badly affected by COVID-19.

While its balance sheet remained healthy, its half-year financial results showed that sales dropped 45% year on year to S$27.9 million, while the group reversed from a net profit of S$4.4 million last year to a net loss of S$3.6 million.

Get Smart: A boost from SingapoRediscover

These hospitality businesses have been badly affected by COVID-19.

However, their businesses should receive a much-needed boost from the recently-launched SingapoRediscover initiative.

Investors who are looking for suitable investment ideas may consider adding these companies to their watchlist.

Bear in mind the recovery may take time and be uneven.