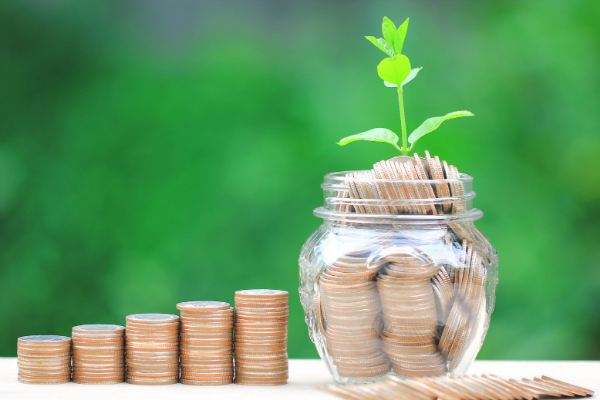 It may be hard to believe, but there are companies out there that have managed to grow their dividends for over a decade.

For a company to do so, it has to be profitable over a long period of time.

Economic cycles can present challenges from time to time.. .

This cyclicality causes many companies to experience swings in their revenue, earnings and cash flows.

Hence, there are very few companies that have consistently managed to grow their profits through thick and thin.

There is another bonus too for investors who invest in companies that continually raise their dividends.

The share prices of such companies also tend to increase in tandem with the rise in dividends, rewarding the savvy investor with both capital gains and an increase in his passive income flow.

Here are four US companies that have managed to grow their dividends every single year without fail for the last decade.

PepsiCo is a multinational food and beverage conglomerate that manufactures, markets and distributes a wide variety of snacks and drinks.

The company owns a host of popular brands such as Pepsi-Cola, Lays, Doritos, Quaker Oats, Mountain Dew and Gatorade.

Pepsi’s business has remained resilient through the pandemic.

Its latest third-quarter earnings showed a small year on year increase in revenue while operating and net profit was up 5.5% and 9.1% year on year, respectively.

It’s the resilience in profits that has enabled Pepsi to reward its shareholders with dividends. 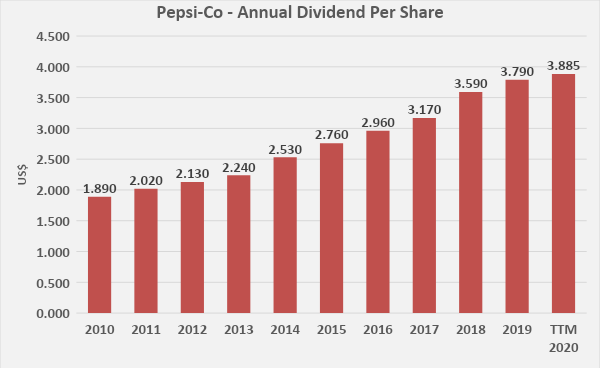 From the graph above, the company has managed to raise its dividends every year since 2010, from US$1.89 a decade ago to US$3.885 today (using trailing twelve-month dividends for 2020).

This decade-long increase represents a compound annual growth rate (CAGR) of around 7.5%.

There is probably no other coffee chain as ubiquitous as Starbucks.

Located at the corner of nearly every popular street and a common sight within large malls, the coffee giant started with just 100+ stores back in the 1980s.

Growing along with the advent of the second wave of coffee, Starbucks expanded aggressively out of the US and grew its global store count by leaps and bounds.

Today, the company owns more than 30,000 stores around the world and serves up a wide array of coffee, tea, juices and food items. 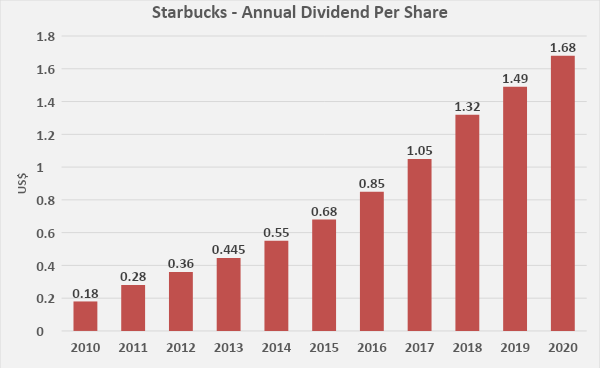 The fiscal year ended 30 September 2020 was the tenth consecutive year that the company raised its year on year dividend.

Furthermore, Starbucks’ share price has increased more than five-fold over the last 10 years from US$15 to the current US$95.56.

If you’ve ever used a credit or debit card to make your purchases, then you’ve probably heard of Visa.

Visa is a multinational financial services company that acts as a middleman for payment transactions, enabling merchants and customers to perform secure and efficient payments to each other.

The company has a total of close to 3.5 billion Visa-branded debit and credit cards in circulation around the world.

The brand is synonymous with availability and reliability with a strong presence in most parts of the globe. 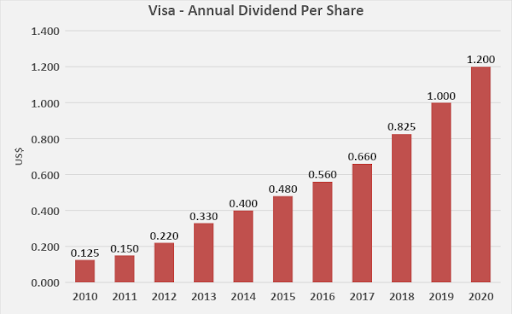 KMB is present in more than 175 countries and supplies its products to nearly one-quarter of the world’s population daily.

The company’s wide array of products include baby diapers under the Huggies brand, tissue and napkin brands Kleenex and Scottex, and sanitary pad brand Kotex.

KMB managed to grow its sales by 1% year on year in its third quarter. That said, earnings were down due to expenses incurred from its Global Restructuring Program 2018. 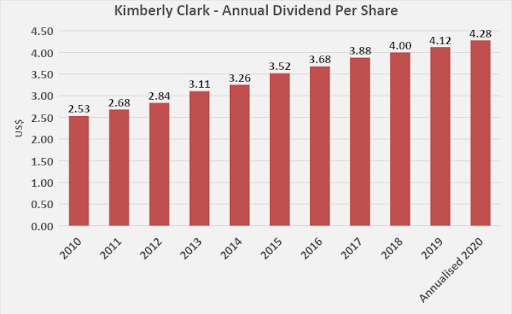 The company has managed to increase its dividends at a CAGR of around 5.4%, as its business has a history of consistent free cash flow generation.