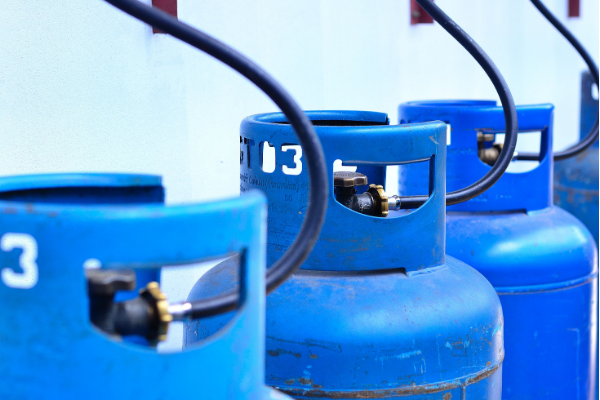 Singapore is facing its worst economic downturn since independence.

With forced border shutdowns and movement restrictions caused by the COVID-19 virus, it’s expected that many businesses will suffer from falling revenue and plunging profits.

However, the pandemic has also unearthed some surprisingly resilient businesses.

Not all of them are well-known, but each has managed to defy the odds and post growth in these unprecedented times.

These four companies represent a small segment of resilient businesses that have soldiered on through the crisis.

The group has a fleet of over 200 delivery vehicles serving more than 200,000 households as well as commercial businesses such as hawker centres and coffee shops.

The increase was driven by increased usage of LPG by households during the circuit breaker period from April to June.

Net profit after tax soared 76.3% year on year to hit S$7 million from S$4 million a year ago.

Union Gas had signed a memorandum of understanding with Union Energy Corporation Pte Ltd to explore possible acquisitions of assets, as part of its business expansion plan.

CSE Global is a global technology company with an international presence.

The group offers cost-effective, integrated solutions to the oil and gas, mining and infrastructure industries, and employs around 1,400 employees worldwide.

For the first half of this year, CSE Global announced a 39.1% year on year jump in revenue.

Cash generated from operations more than quadrupled to S$33.9 million, while the group’s order book swelled by 25% year on year to S$242 million.

The strong result was due to higher project revenue from mining projects in Australia and North America, as well as contributions from the company’s recent acquisitions in Volta and RCS Telecommunications.

An interim dividend of S$0.0125 was declared, unchanged from a year ago..

Propnex is an integrated real estate services group with 8,675 sales professionals as of 31 July 2020.

The group provides a range of services including real estate brokerage, training, property management and consultancy.

A higher number of transactions were completed in the first half, leading to an increase in commission income from project marketing services.

Sales have risen to its highest in 11 months and was attributed to pent-up demand arising from the circuit breaker and a ban on show flats.

Propnex is not standing still, though.

It recently announced a new partnership with Mediacorp and 99.co to create a virtual Singapore Property Show 2020 to reach out to a larger audience.

The event will be launched on the 10 October and last till 4 December.

The group also owns student accommodation assets in Singapore, Australia, the UK, South Korea and the US.

For the first half of the year, Centurion’s revenue inched up 4% year on year to S$66.6 million.

The good performance mainly from its strong first-quarter results, but CEO Kong Chee Min warned that the full effects from the pandemic have yet to be seen.

Hence, the group is adopting a cautious stance and conserving cash to tide through the tough times.

Early this month, Centurion announced that it had secured a bid to manage four quick build dormitories in Singapore.

The group will lease and manage up to 6,400 beds for an initial three years, with an option to extend for an additional year.

This move should further strengthen its portfolio as bed capacity increases by 22.9%.