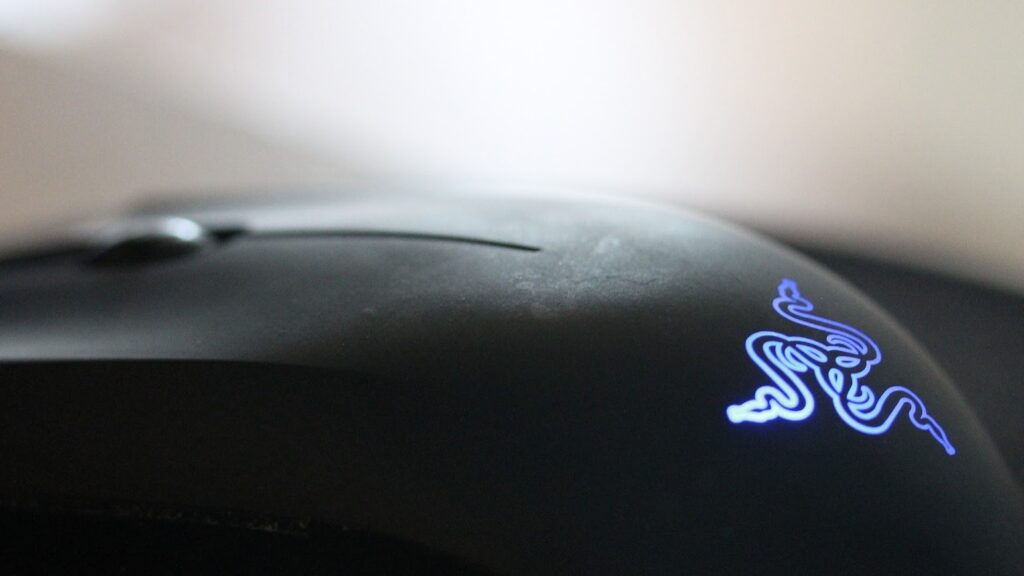 If you are a serious gamer, you would be familiar with Razer (SEHK: 1337).

As the first company to introduce a mouse specifically built for gaming, Razer has gone on to sell millions of its high-end gaming peripherals.

Last year, the company reported that it had sold over 10 million Razer DeathAdder mice worldwide since introducing it almost 15 years ago.

Razer is also known for its premium laptops that are specifically built for gaming, being as rated the top dog by NPD for its category.

But if you think that cool hardware is all the Razer does, you would be wrong.

The company with a three-headed snake logo is, well, headed in some surprising directions.

The bulk of Razer’s revenue still comes from high-end peripherals and systems.

For the first half of 2020, close to 86% of its revenue comes from this coveted category, as shown in the slide below. 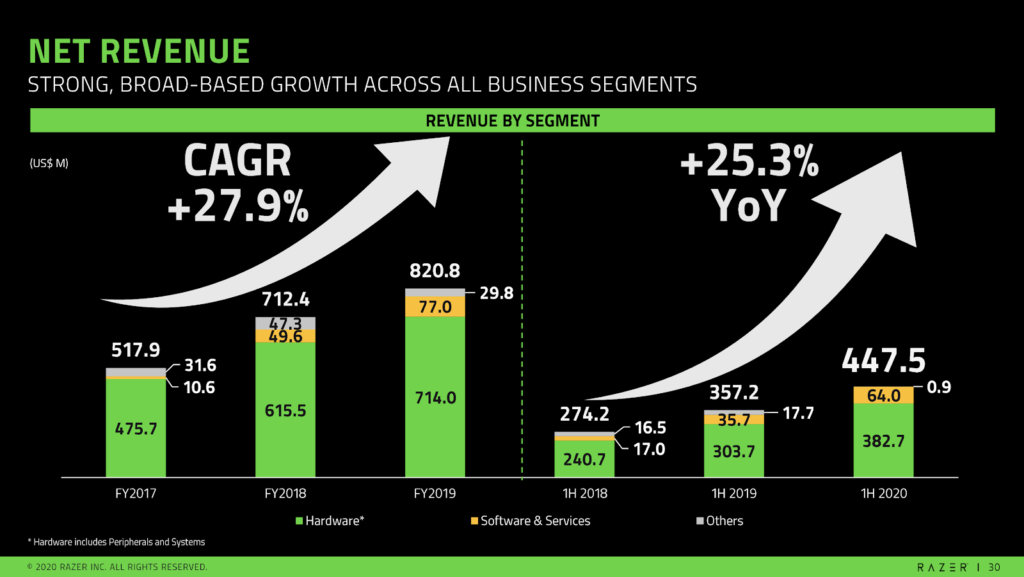 But hardware is not the fastest-growing segment in its business.

Razer’s software and services are seeing a sharp upswing in interest as more people stay at home and flock to gaming for entertainment.

The company has certainly benefited from the surge in interest, with its user base growing to 100 million monthly active users, up by over 40% from a year ago.

Razer’s revenue growth is not the only thing that caught my eye.

The services business has a higher gross margin. As such, as this segment’s contribution grows, Razer’s gross margins improved from 21.2% a year ago to 22% for the first six months of the year.

Crucially, Razor’s higher profits have shown up in its cash flow.

For the first six months of the year, operating cash flow was US$66 million.

The positive figure was a good surprise, as Razer had reported three years of negative cash flow since its IPO in 2017.

As of 30 June 2020, the gaming hardware company held US$586 million in cash and cash equivalents on its balance sheet.

Elsewhere, Razer has also thrown its hat into the ring for Singapore’s first digital bank license.

Meanwhile, Razer Fintech’s total payment volume (TPV) has doubled from US$828 million a year ago to almost US$1.8 billion in the first half of the year.

To be sure, Razer’s TPV figure still pales in comparison with larger payment players in the space.

However, with a huge payments market worldwide estimated to be in the trillions, there should be more than enough space for multiple services for every consumer on the planet.