3 Resilient Hong Kong Stocks to Add to Your Watchlist 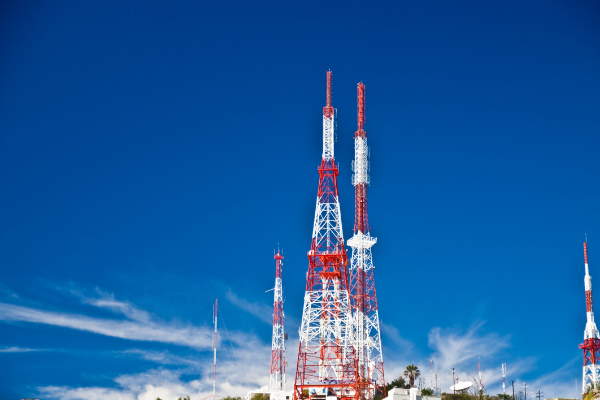 It’s natural for investors to look out for resilient stocks that can last for the long term.

But you may want to expand your hunting ground.

It’s no secret that a wide swath of companies has been adversely impacted by lockdowns and border closures.

However, a small group have been left relatively unscathed, while the ones fortunate enough to be in technology or cloud-related sectors have even seen their businesses boom.

Of the many countries in the world, China has been one of the first to successfully control the spread of the coronavirus, thus enabling it to reopen its economy.

The Hong Kong stock market, with its vast array of Chinese companies, is therefore fertile hunting grounds for pandemic-resistant businesses that managed to withstand the tough conditions.

We introduce three Hong Kong stocks whose business has remained steady during this crisis.

VTech is a company that manufactures electronic learning products and toys for toddlers and babies.

The company is also the largest manufacturer of residential phones in the US.

Established in 1976, VTech has manufacturing facilities in Malaysia and China and employs around 26,000 employees.

Key markets for the company were impacted by lockdowns and the temporary closure of retail stores.

Despite this, sales for the first six months of the fiscal year 2021 (FY2021) ended 30 September 2020 turned out better than expected.

Revenue remained flat year on year at US$1.1 billion while gross profit inched up slightly by 3.5% year on year to US$357 million.

Net profit attributable to shareholders rose 4.5% year on year to US$123.6 million.

VTech maintained a strong balance sheet with US$137.1 million in cash with no debt.

An interim dividend of US$0.17 was declared, similar to the dividend declared in the same period last year.

The company expects sales of VTech and Leapfrog brands of electronic learning products to remain healthy in the US, but sales in Europe may be impacted by frequent lockdowns.

Sales in China continue to show improvement as speciality retailers have resumed business.

For telecommunication products, VTech plans to roll out a new line of VoIP phones under the Snom brand in early 2021 that may help to mitigate slower sales of commercial phones.

The company operated around two million tower sites as of December 2020 and served a wide base of more than 3.3 million tenants.

The company’s business remained largely unaffected by the pandemic, with operating revenue rising 6.1% year on year to RMB 81.1 billion.

A final dividend of RMB 0.02235 was declared by the board of directors.

The company is accelerating the implementation of its integrated wireless coverage because of 5G network deployment and the construction of more 5G infrastructure.

This strategy is part of its “One Core and Two Wings” approach where the company focuses on building its core tower business while also seeking business development opportunities for its distributed antenna system (DAS) and trans-sector site application and information (TSSAI) segments.

The DAS division’s revenue grew 32.7% year on year while the TSSAI division revenue surged by 89.4% year on year, though both are still small contributors to the company’s overall revenue.

Sun Art is a leading retailer that operates hypermarkets, superstores and mini-marts under the RT-Mart, RT-Super and RT-Mini brands.

As of 31 December 2020, the company owned 484 hypermarkets, six superstores and 24 mini-stores in China with a total gross floor area of around 13 million square metres across 29 provinces.

Sun Art has shown steady improvement in its net profit over the years despite revenue remaining largely flat.

Profit attributable to shareholders inched up 1.3% year on year to RMB 2.9 billion.

Its balance sheet was rock-solid with RMB 17.4 billion in cash and financial assets with zero debt.

Despite the crisis, Sun Art continued to expand in 2020, opening a total of 31 new stores of varying formats across China.

These new stores contributed to sales during the year and helped to mitigate sales declines in existing stores.

The pandemic also helped the company to boost its online shopping numbers, with an increase in B2C (business to consumer) daily order per store.

Moving forward, Sun Art intends to incubate new businesses as it believes the superstore model is mature and cannot grow as quickly.

It is testing out community group buying and also trialling a pilot “warehouse-based” store model.