3 Reasons You Should Look at This Promising Blue-Chip Stock 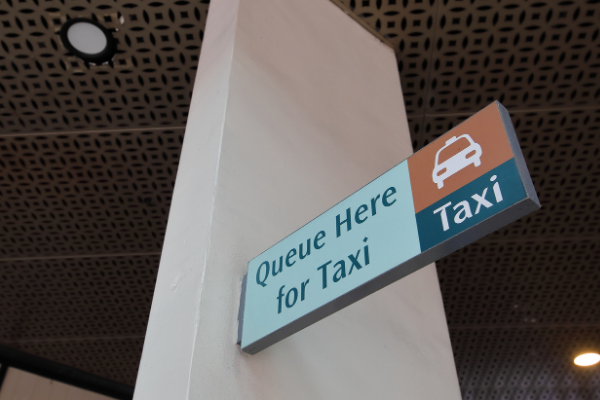 After a torrid 2020, many companies are now looking forward to increased demand for their goods and services in 2021.

As vaccines are rolled out worldwide and economies slowly start to reopen, a tentative recovery should start taking root.

All these developments should be music to the ears of ComfortDelGro Corporation Ltd (SGX: C52), or CDG.

The land transport giant presented a weak 2020 earnings report as the public transport sector was impacted by last year’s circuit breaker and the rise of telecommuting.

It could have been worse.

CDG’s profit was boosted by COVID-19 reliefs doled out by the government to the tune of S$169.3 million. Without those relief payments, the land transport conglomerate would have reported an operating loss of S$46.2 million.

Despite the dour results, conditions should be markedly better in 2021 as the government has announced the gradual easing of COVID-19 restrictions.

Here are three reasons why investors should take a second look at this blue-chip company.

From 5 April, up to 75% of employees are allowed back to the workplace at any one time, up from 50%.

There will also no longer be any restrictions on how long a worker can spend in the office, and telecommuting will no longer be the default option for businesses.

In addition, split-team arrangements are no longer necessary, implying that companies may start recalling more of their staff back into the office.

Team bonding events for colleagues to mingle and network will also be allowed, subject to the eight-person rule for gatherings.

With more people set to return to the office, bus and train ridership should also see a marked improvement.

From 24 April, activities such as marriage solemnisations and wedding receptions will allow a greater number of attendees, subject to pre-event COVID-19 testing.

Live performances will also allow three times as many attendees, from 250 to 750.

The increase in the number of attendees bodes well for the group as more people will utilise its services to commute around the island.

CDG announced the launch of its pilot ride-hailing service on 28 January.

This trial involves a small number of private-hire cars and ran from early February till end-March.

Previously, the ride-hailing market was dominated by both Uber (NYSE: UBER) and Grab when the duo entered the market in 2013. Uber then sold its Southeast Asian operations to Grab in 2018 and exited the market.

In 2019, however, Indonesian ride-hailing company Gojek joined the ride-hailing fray and aggressively expanded its operations.

With these two dominant players stealing market share from the land transportation market, CDG can now push back and defend its market share.

Its ride-hailing service includes both taxis and private hire cars and if this initiative takes off, it should see taxi utilisation being boosted even further.

Users can use the app for a multitude of services such as booking taxis, planning journeys, finding deals and making dining reservations.

Investors should be pleased with these digitalisation initiatives that allow CDG to compete more effectively with both Grab and Gojek.

In mid-March, CDG announced that it will commit S$50 million in clean energy technology and research to improve its sustainability footprint.

The group signed a memorandum of understanding with the National University of Singapore to invest S$10 million to focus on energy sustainability and integrated urban mobility.

The remaining S$40 million will be used to replace its fleet of diesel buses with electric buses that may be deployed to the university’s Kent Ridge campus.

CDG’s engineering division is also contemplating the installation of electric vehicle (EV) charging infrastructure to study the impact of usage of EV around the campus.

These moves are positive for the group as it showcases its commitment to ESG initiatives that help the planet.

Both companies had submitted a bid to install and operate more than 600 EV charging points at over 200 car parks in Singapore.

And aside from this bid, both companies have also agreed to work on building charging farms powered by renewable energy on CDG’s premises to enable fast charging for cab drivers and the public.

In all, it appears that CDG is taking a serious step towards cleaner energy and EVs, which bodes well for the group’s prospects as it is aligned with the government’s Singapore Green Plan 2030, which seeks to advance Singapore’s agenda on sustainable development.