While things may look rosy now for the nitrile glove company, here are three big risks investors need to take note of. 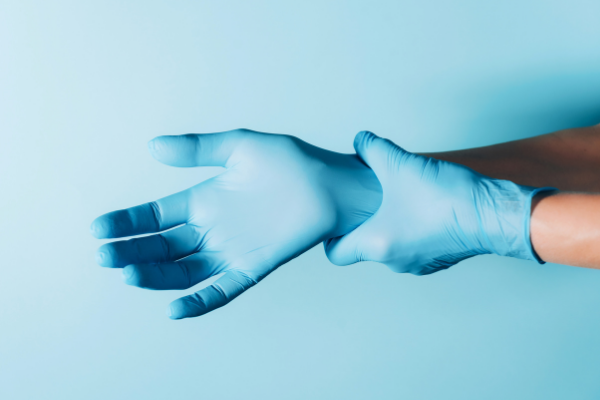 Glove companies have been one of the rare sectors that have witnessed phenomenal growth during this pandemic.

The sudden surge in infected people has prompted governments around the world to order large supplies of gloves and personal protective equipment.

Glove companies have seen their share prices surged significantly since the start of the outbreak.

Top Glove Corporation Berhad (SGX: BVA), the largest glove manufacturer in the world, was trading at just S$0.51 at the beginning of 2020.

The glove maker’s share price has now more than tripled to S$1.71.

Investors need to be wary, though.

The situation may not always remain rosy for the glove producer.

Here are three major risks for Top Glove that investors need to watch.

A fall in demand

Currently, demand for gloves remains elevated due to heightened health awareness and concerns about cleanliness.

Hospitals and clinics need gloves to ensure the chain of infection is broken, and hygiene is of paramount importance.

But when conditions go back to some semblance of normalcy, glove companies should experience a sharp fall in demand from current levels.

Top Glove has reiterated that glove demand is expected to “remain robust” post-pandemic and even with several vaccines being available.

While it is likely that countries will require a higher level of gloves compared to pre-pandemic times, demand may not reach the levels seen during the peak of the crisis.

Top Glove also projects that glove demand will rise by 15% per annum post-pandemic, but this is purely an estimate at the moment.

Should glove demand not be as strong as anticipated, the group could see a sharp fall in revenue and net profit from current levels.

Top Glove is far from being the only glove manufacturer, even though it is the world’s largest.

Many other glove companies have also been rapidly ramping up their capacity to cater to the surge in demand.

For instance, Riverstone Holdings Limited (SGX: AP4), another nitrile glove manufacturer, is adding another 1.5 billion pieces of capacity per year from 2021-2023 to increase its current capacity from 10.5 billion pieces to 15 billion.

And UG Healthcare Corporation (SGX: 8K7), another glove company listed on the Singapore Exchange, plans to increase its production capacity from the current 3.4 billion pieces to 4.6 billion pieces by 2022.

Over at Top Glove, the company is planning to ramp up capacity from its current 93 billion gloves per annum to 205 billion by end-2024.

Investors should note that the Malaysian-listed glove companies are also fervently increasing their capacity.

Hartalega Holdings (KLSE: 5168) is installing four additional production plans that can add 19 billion pieces to the company’s current capacity, bringing it up to a total of 63 billion pieces in the next two to three years.

With numerous glove companies all increasing their capacity at the same time, there is a probability that the world may witness a significant oversupply in the next few years.

These glove companies have already purchased land and begun construction of the new plants, so adjusting the capacity according to changing demand will not be easy.

Should Top Glove find itself in an oversupply situation, it could severely impact the gloves’ average selling price (ASP) and cause margins and net profits to plunge.

Trouble with US CBP

The US Customs and Border Protection (CBP) had seized the second shipment of Top Glove’s products in early May based on its findings that the group engaged in forced labour practices.

A withhold release order (WRO) has been imposed on all Top Glove’s shipments arriving into the US from Malaysia.

In an announcement made concerning this second seizure, Top Glove’s management reiterated that it had made good on all 11 indicators on the International Labour Organisation’s forced labour indicators.

The US CBP is now reviewing this evidence and the company is working on getting the WRO uplifted.

However, there is a risk that the CBP may not clear Top Glove of wrongdoing despite the company’s claims.

With the WRO in force, this would affect Top Glove’s shipments into the US and allow competitors to gain a stronger foothold in the country.