Lockdowns around the world have driven more people to online gaming platforms. We look at three gaming companies that are benefiting from this trend. 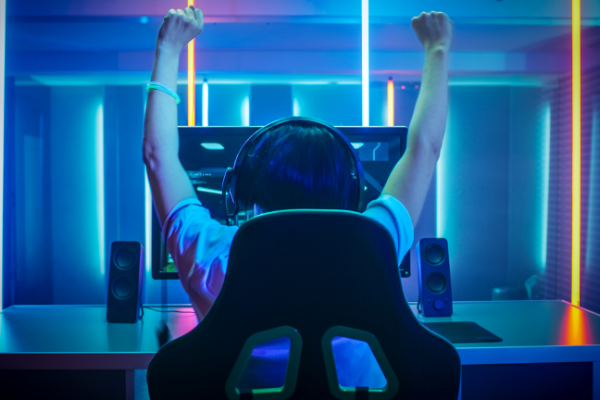 I fondly recall playing my first-ever computer game back in the 1980s.

It was an ancient adventure role-playing game called “Demon’s Winter” that featured just six colours along with the tapping of keyboard commands.

In those days, the mouse hadn’t even been invented yet!

Fast forward to today, and the gaming industry has grown by leaps and bounds.

Not only are people connected through massively multiplayer online games, but a new gaming category called e-sports, where expert players duke it out in front of a live audience, has gained popularity.

The pandemic is acting as a catalyst that will propel the growth of the industry at even faster rates as more people embrace gaming through mobile phones and laptops.

Here are three gaming companies that are riding on this trend.

Activision Blizzard is a gaming company that publishes multiple titles under different genres, enabling millions of people to connect and enjoy its games.

The company’s games are played in over 190 countries and include popular titles such as World of Warcraft, Diablo, Candy Crush and Call of Duty.

Around 70% of its revenue came from in-game subscriptions, microtransactions and licensing royalties while the remainder came from product sales.

The business ended the fiscal quarter with US$5.7 billion in net cash and also generated free cash flow of US$822 million, significantly higher than the US$129 million generated in the prior year.

Activision Blizzard also hiked its dividend by 15% year on year to US$0.47 per share.

The company has three main brands — Activision, Blizzard and King, and chalked up a total of 435 million monthly average users (MAU) for the quarter.

The global gaming giant aims to hire more than 2,000 developers over the next two years to ramp up its slate of games to attract even more players.

Tencent is a Chinese technology behemoth that operates communication services Weixin and QQ.

It also launched an e-commerce portal, Minishop, within its WeChat app and is an avid developer of smartphone games and digital content.

Tencent’s gaming division, parked under its “VAS” or Value-Added Services segment, contributed half of its total revenue for 2020.

Online games made up close to 60% of the revenue from VAS, with the rest coming from social networks.

The company has stakes and partnerships with some the biggest games in the industry such as Fortnite, Call of Duty and League of Legends.

For 1Q2021, gaming revenue increased by 17% year on year to RMB 43.6 billion, driven by revenue growth from core games such as Honour of Kings and Peacekeeper Elite, including the newly-launched game Moonlight Blade Mobile.

Tencent intends to step up its investments in game development by focusing on large-scale games that can appeal to the masses globally.

It also intends to develop new types of games to gain a broader audience and invest in new technologies such as cloud-streamed games to deliver growth.

Take-Two Interactive is a developer, publisher and marketer of games for console systems and personal computers.

The company also designs games for smartphones and tablets and sells them through retail outlets, online platforms and cloud streaming services.

The business also generated a healthy free cash flow of US$843.4 million, higher than the US$632.3 million generated in the previous fiscal year.

Take-Two has been increasing its development staff headcount to support its product pipeline. Staff strength has tripled from 1,653 in 2012 to 5,046 in the previous fiscal year.

The company plans to release 21 games in fiscal 2022 and another 41 are in development for release in the two years after that.

Strong tailwinds for the gaming industry should ensure Take-Two continues to do well.

According to Take-Two, the size of the mobile gaming market stood at US$86 billion in 2020, providing more than ample growth opportunities for all players.