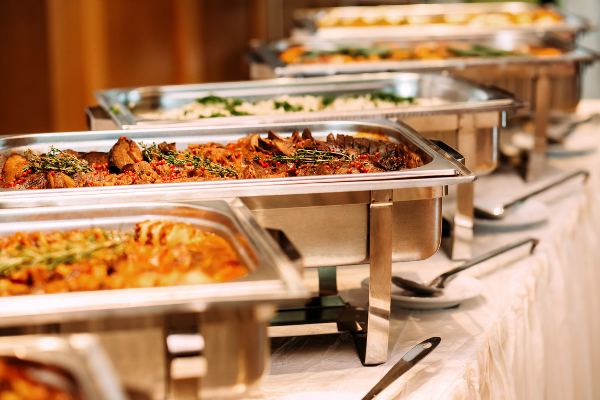 It’s been a long wait, but Singapore may eventually see the economy moving from Phase II to Phase III of the reopening.

To recap, Singapore went through a “circuit breaker” period from mid-April to early June to curb the spread of the COVID-19 virus.

Phase I of the reopening in early June allowed more businesses to restart operations, compared to only essential services such as supermarkets and semiconductor manufacturing.

Phase II, which was implemented on 19 June, allowed people to dine in at restaurants but with continued social distancing rules still in force.

Most shops within malls have reopened after a two-month hiatus.

With Phase III looks set to begin by the end of the year, many businesses should heave a bigger sigh of relief as a slow return to normalcy continues.

Here are three businesses whose business could rebound once Phase III kicks in.

Fraser and Neave Limited, or F&N is a food and beverage conglomerate with three key divisions: beverages, dairies and printing & publishing.

The group manufactures beverages under the 100-Plus, Mountain Dew and Seasons brands, and its Dairies division produces fresh milk and yoghurt under the Magnolia and Alive brands.

Like many companies, F&N’s business took a hit during the circuit breaker.

For its nine-month fiscal 2020 business update, F&N reported a 2.9% year on year fall in revenue, while profit after tax attributable to shareholders declined by 8.2% year on year to S$118 million.

The adverse impact from COVID-19, as well as flooding in East Malaysia, resulted in the decline in revenue.

The pandemic had resulted in temporary plant closures (for beverages and dairies) and led to deferment of textbook sales and a corresponding reduction in print requirement (for the printing and publishing division).

However, with the onset of Phase II, things are starting to look up.

For its full fiscal year 2020 earnings ended 30 September 2020, revenue only dipped by 3.6% year on year while attributable net profit declined by 2.1% year on year.

The chairman of F&N, Mr Koh Poh Tiong, remarked that the group had witnessed the trough for revenue in the previous quarter and that there were green shoots of growth.

The group has a leading market share in catering in Singapore with brands such as Neo Garden, Orange Clove and Deli Hub.

Like F&N, Neo Group’s business took it on the chin earlier in this year.

The reason for this poorer performance was due to lower revenue from the food catering arm as the pandemic took hold, while its food retail division suffered from lower footfall in malls and retail outlets.

Neo painted a much rosier picture, however, when it released its fiscal 2021 first-half earnings.

Although revenue dipped by 3.3% year on year, net profit soared more than seven-fold from S$2.3 million to S$18 million.

Neo’s food catering arm has seen an upswing in orders as Phase II kicked in, while its retail and manufacturing arms are also contributing positively.

The group also reported economies of scale through the pooling of resources and process streamlining, resulting in reduced expenses.

Phase III promises to lift the group’s revenue further as groups of up to eight people will be allowed, while more events will be allowed to proceed with larger groups.

Old Chang Kee is a manufacturer and seller of snack foods such as curry puffs, spring rolls and fried chicken wings.

The group also has a retail arm that serves local fare such as bee hoon and curry chicken. As of 30 September 2020, it operated a total of 88 outlets.

Like Neo Group and F&N, Old Chang Kee was impacted by social distancing measures that caused revenue from retail outlets to fall by 36.5% year on year.

Fortunately, the group made up for this as its delivery and catering arm saw a S$9.1 million increase in revenue.

The Phase III reopening should allow the group to enjoy higher sales from its retail arm, but this may be offset somewhat by lower orders for its catering arm.

Still, with more people up and about, the snack food operator should see a gradual recovery, albeit not to pre-pandemic levels as yet.