Constellation Software’ stock price has climbed by more than 100x since 2006. Here are some of the reasons for its success. 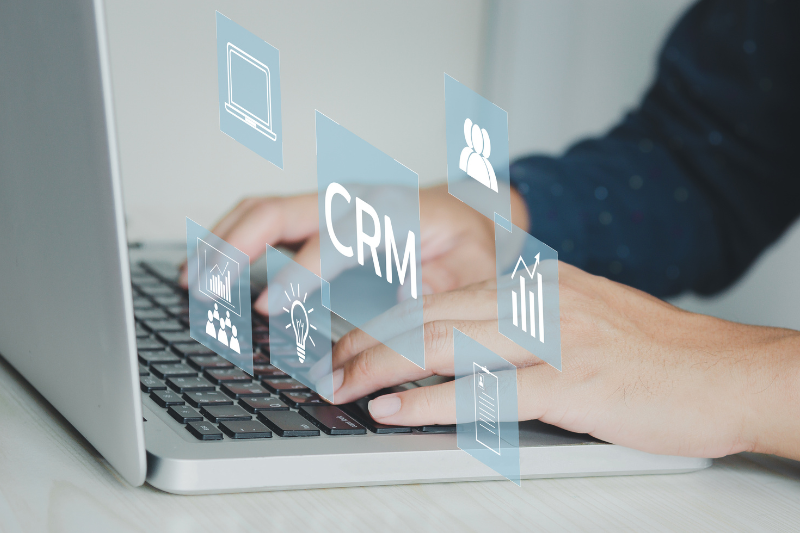 Constellation Software (TSE: CSU) is a Canada-based software company that grows by acquiring vertical market software (VMS) companies. Since its founding in 1996, it has grown to become one of the largest diversified software companies in the world. In 2021 alone, it generated US$5.1 billion in revenue and US$1.2 billion in free cash flow.

Shareholders of Constellation have been healthily rewarded over the years. Since its IPO in 2006, the company’s stock price has skyrocketed by around 114 times in value, which equates to a compounded growth rate of 32% per year. In addition, for the past decade, Constellation shareholders have been collecting a dividend each quarter and have enjoyed three special dividends.

Why has Constellation been such a success? One of the main reasons is that management has been excellent stalwarts of its capital. The company uses most of its cash flow generated from operations to acquire and buy smaller software companies at a relatively low price. These software companies tend to be already free cash flow positive, which means they can generate more cash flow for Constellation once they become part of the family. The process is repeated with the cash flow generated from these new acquisitions.

But other than making excellent acquisitions, Constellation’s management also has best-in-class practices that serve shareholders extremely well. Here are three big ones that all other companies can learn from.

Not giving stock-based compensation to employees

Stock-based compensation (SBC) is a great way to incentivise employees to think like shareholders. But the dilution from SBC can be a real problem.

Constellation’s solution is to not give SBC at all. The idea is that SBC in the form of options or restricted stock units (RSUs) that can be sold immediately upon vesting can sometimes encourage employees to drive up a company’s stock price over the short term. Constellation wants its employees to focus on the long term.

Instead, Constellation buys its own shares in the open market and then pays these shares to employees as a bonus. Employees are restricted from selling these shares for an average of four years. The difference between Constellation’s practice and more common forms of SBC is that no new shares are created – they are bought from the open market – resulting in no dilution. The multi-year restriction on selling shares also ensures that Constellation’s employees are not too focused on the near-term stock price of the company.

Constellation first started to generate more than a billion US dollars in free cash flow in 2021. Instead of letting all this cash sit idle on Constellation’s balance sheet, management is consistently looking for ways to redeploy that capital. Management typically looks for companies to acquire. But when suitable candidates are insufficient for Constellation to deploy all its excess cash, the company returns capital to shareholders.

This, to me, is the fiscally responsible thing to do as shareholders are able to put that cash to work through other investments or even subscribe to Constellation’s dividend reinvestment plan. This enables shareholders to own a larger percentage of the company over time.

This practice is unlike many companies – such as many that are found in Singapore – which have hurt shareholders by letting their excess cash sit idle in low-yielding accounts in the bank. This cash could have been put to better use by returning them to shareholders.

Mark Leonard, Constellation’s founder and president, explained his reasons for paying a special dividend in 2019. He said:

“Capital allocation is a perennial topic for our board discussions. This quarter I got the sense that the board hit a tipping point. There were a number of factors. We had excess cash. We are deploying more capital in the vertical market software sector, but don’t see dramatic growth this year unless competition slackens. One of the directors mentioned that they were disappointed with my efforts to find new avenues for investment (outside of vertical market software), and that we should apply more effort. I don’t disagree, but that is unlikely to reduce our cash meaningfully in the short term. Those factors seemed to combine to make this the right time to pay a special dividend. Perhaps dividends are perceived as a failure… but to my mind, they are less of a failure than sitting on excess cash.”

Not buying back shares mindlessly

Share buybacks that are conducted at low prices can be a better use of capital than dividends if the dividends are subjected to tax. But if the buybacks are done at high prices, it could lead to lower returns for shareholders.

Some companies mindlessly buy back their shares even when their share prices are high. This is detrimental to their shareholders who would be better off just getting the cash in dividends. Unlike such companies, Constellation’s management is cognisant of the benefits and drawbacks of share buybacks.

In 2018, Leonard flashed out his thoughts on buybacks:

“History is replete with examples of directors and officers using insider information to abuse shareholders. Regulators eventually twigged to the problem and market-making by insiders is now illegal except in highly prescribed circumstances. Despite these regulatory efforts, the scholarly research is clear that buybacks commonly increase short-term share prices and are more frequently associated with insider selling than insider buying. My sense from the research is that most buybacks help short-term sellers rather than long-term owners. I’d prefer that our employees be aligned with Constellation’s long-term owners. Alignment with long-term owners may not work in PE-backed or venture-backed companies or when the majority of your investors are transient. In those instances, catering to the objectives of short-term sellers is more rational.

There are a minority of cases where a company designs a buyback to benefit long-term owners by acquiring shares at less than intrinsic value. If you consider only long-term owners, the “success” of this kind of buyback is dependent upon the company acquiring as many of its shares as far below intrinsic value as possible. In that case, the directors and officers could maximise “success” by 1) convincing the market not to buy the company’s shares, and 2) convincing some existing company shareholders to sell their shares below intrinsic value. This is one of those instances where the moral compass and the apparently common-sense definition of “success”, point in opposite directions. When there are reasonable alternatives, I try to avoid such dilemmas.

If the problem is determining how to return capital to shareholders when its shares are trading for less than intrinsic value, why expend energy on the inherent conflict of a buyback, when dividends are a good alternative? In those circumstances I can think of only a couple of examples where I might prefer a buyback to a dividend… i.e. if most of our shareholders were taxable entities, or if I’d had a sincere conversation about the company’s prospects with a sophisticated large block shareholder who still wished to sell.

If the problem is that company shares are trading at a value significantly below or above intrinsic value, and the directors and officers have exhausted all other methods of broadly communicating that fact, then a buyback or share sale may be warranted. “

It is no coincidence that Constellation’s shareholders have been healthily rewarded for many years. Management is prudent with the company’s capital, and is extremely thoughtful when it comes to the major financial decisions that impact shareholders.

I believe that as long as Constellation continues to uphold such high standards, shareholders will continue to be well-rewarded for years to come.