10 Things I Learnt from Owning Suntec REIT for 17 Years

Here are ten interesting highlights from one of the oldest REITs in Singapore. 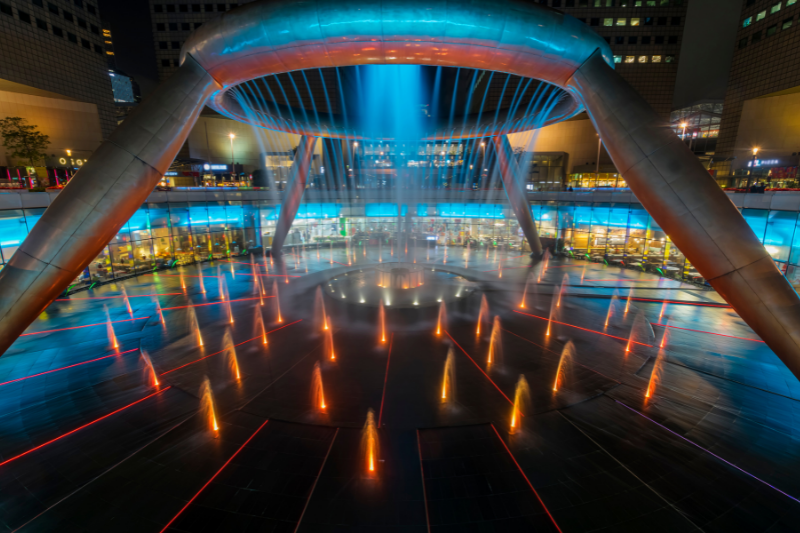 Every investor remembers their first stock.

While I have bought many stocks over my investing career, there are a handful that I have held for over a decade.

I had first scooped up units of the retail and commercial REIT during its IPO in December 2004.

Since then, I’ve held the stock for an amazing 17 years.

1. The fourth REIT to be listed in Singapore

It may amaze you to learn that Suntec REIT was not the first REIT to be listed in Singapore.

The pioneer in the REIT space was CapitaMall Trust back in July 2002.

The second REIT to be listed on the exchange was Ascendas REIT (SGX: A17U) in November 2002, followed by CapitaCommercial Trust in May 2004.

Suntec REIT is one of the few REITs that pay quarterly dividends.

Prominent REITs such as retail REIT Frasers Centrepoint Trust (SGX: J69U) used to do so but switched to half-yearly payments in the second half of 2020.

Parkway Life REIT (SGX: C2PU), another quarterly distribution stalwart, recently announced that it will be shifting to half-yearly distributions this year.

Some examples include Sasseur REIT (SGX: CRPU), a China-based REIT that owns outlet malls, as well as First REIT (SGX: AW9U), an owner of hospitals and nursing homes in Indonesia and Japan.

As of 30 September 2004 (Suntec used to have a September fiscal year-end), the valuation of both properties came to S$2.3 billion.

The REIT has come a long way since then.

Suntec REIT has, over 16 years, increased the number of properties and their valuation by more than five-fold.

Fresh from its IPO, the REIT’s manager made a bold attempt to expand its portfolio of properties.

Suntec REIT tried to buy a total of 11 properties, including strata-titled units, from City Developments Limited (SGX: C09) back in June 2005.

Some of these assets included commercial buildings such as Fuji Xerox Tower and Plaza by the Park, as well as Singapore’s oldest mall Katong Shopping Centre.

However, the agreement was terminated in October 2005.

Suntec REIT did not hold on to these two properties till today, though.

The sale price was 23.2% above its valuation at the time, with the end result being a S$49 million profit for the REIT.

As for Park Mall, it was sold in June 2015 for S$411.8 million as part of a joint venture agreement to redevelop the property.

The REIT retained a 30% interest in the new development which includes two office blocks and a retail component.

6. The remaking of Suntec City Mall

In October 2011, Suntec City Mall announced a S$410 million remake to transform the mall into a vibrant shopping destination.

This property upgrade took place in four phases, from mid-2012 till 2015, to minimise disruption to tenants and to ensure the mall stayed open for customers.

This significant expenditure was partly funded by sales proceeds from the sale of Chijmes, with the rest to be funded by bank borrowings.

On 12 September 2013, Suntec City Mall unveiled its new look and refreshed concepts after Phase 1 of the redevelopment.

The mall’s makeover was only fully completed on 22 October 2015, nearly four years after it was first announced.

7. The REIT has never conducted a rights issue or preferential offer

It’s a little-known fact that Suntec REIT has never conducted a rights issue or preferential offer since its listing.

Thus far, it has only raised money through private placements or asset divestments to fund all its acquisitions, including Suntec City Mall’s major makeover.

Even CapitaMall Trust had conducted a highly-dilutive rights issue in February 2009 at the height of the Global Financial Crisis.

For almost nine years after its listing, Suntec REIT properties were located within our shores..

In November 2013, the REIT made its maiden overseas acquisition of 177-199 Pacific Highway in Sydney, Australia for A$413.19 million, in an attempt to diversify out of the island city.

It would take almost another three years before Suntec REIT made its second Australian acquisition in Melbourne for a 50% interest in Southgate Complex for A$289 million.

9. Adding a third country into the portfolio

After getting its feet wet in the Australian property market, Suntec REIT added a third country to its portfolio with its very first UK acquisition in October 2020.

The REIT forked out GBP 430.6 million for a 50% interest in two Grade A office buildings in London’s West End.

With this acquisition, its Singapore property exposure was reduced to around three-quarters of the REIT’s assets under management, with Australia taking up 16% and the UK, 6.7%.

10. Distributions have more than exceeded my initial investment

Suntec REIT’s total distributions since listing till the fourth quarter of 2021 came up to S$1.5621.

This amount has more than exceeded my initial investment of S$1.11 per unit back in December 2004.

What’s more, units of the REIT are now going at around S$1.62 apiece.

Adding up the REIT’s unit price and cumulative dividends, my total return for Suntec REIT stands at around 186.7%.

My virgin investment has turned out to be one of my better ones, and I intend to continue holding on to Suntec REIT to enjoy its future growth.