Owning the e-commerce behemoth for a decade has taught this writer many lessons. 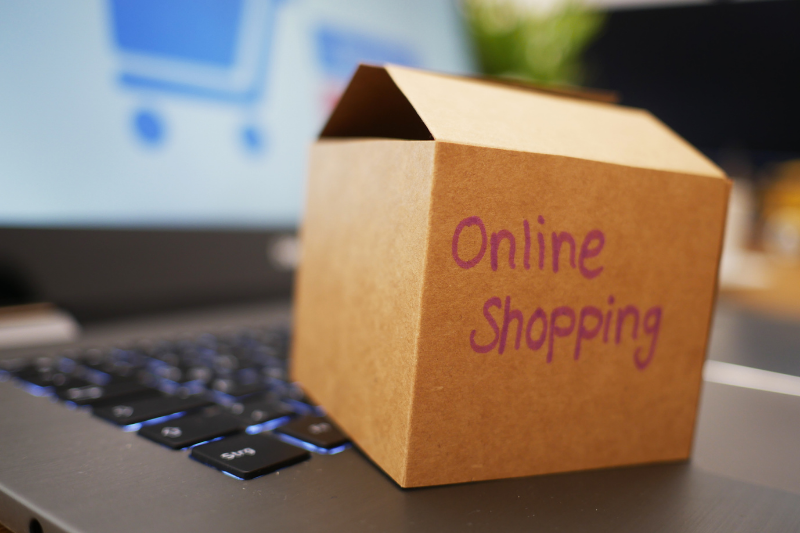 The host of 60 minutes struggled to contain his incredulity.

Today, Sears is virtually gone, and in its place is Amazon.com (NASDAQ: AMZN).

The mastermind behind the online retailer is Jeff Bezos, its founder and largest shareholder.

As a shareholder since 2010, I have picked up 10 lessons from Amazon’s rise from its roots as an online bookseller to a US$1.8 trillion dollar behemoth today.

Amid the internet boom in the 1990s, Bezos’s initial idea was distilled into one key criteria:

At the time, there were over 1.5 million English books in print.

However, Bezos observed that even the largest superstore would only hold 10 per cent of the books available.

He hypothesized that Amazon could host all the books; and in the process, become Earth’s biggest bookstore, offering an unmatched level of variety.

The online retailer would also have few challengers for 90 per cent of books available.

2. … to the Everything Store

During the 60 minutes TV program, the host exclaimed that Amazon would have to sell all the books available in the world to justify its high stock price.

What skeptics didn’t expect was that Amazon would go from selling books to anything a customer needs.

More importantly, behind the books sold was a relentless retail flywheel that was picking up steam.

The flywheel formula, a self-reinforcing loop, is straightforward.

Higher volumes allow the online retailer to drive down fixed costs, such as fulfilment centres and servers.

What wasn’t straightforward was how relentless Amazon had been in turning its flywheel, helping it gain momentum as it grew.

Trivia: Relentless.com was the original company name for Amazon. Today, relentless.com redirects you to Amazon’s site.

Amazon has a relentless focus on its customers, right from the start.

When the online retailer went public on 15 May 1997, it was under intense pressure.

Three days before its IPO, the young company was hit by a lawsuit from US bookstore chain, Barnes and Noble. Forrester Research followed up with another salvo, labelling the online retailer as “Amazon.toast”.

Surprisingly, he reminded his staff that they should wake up terrified every morning.

But he added that they shouldn’t be worried about their competitors, but rather worry for Amazon’s customers.

The company’s relentless focus on customers paid off.

Within a year, Barnes and Noble backed off and sold its online shopping subsidiary.

5. Focus on what does NOT change

Amazon is widely seen as a disruptor of industries.

In fact, a favourite Bezos maxim is “your margin is my opportunity”.

As the bellwether for the rise in e-commerce, you would think that Amazon is focused on changing the status quo.

Yet, it may surprise you to learn that Bezos is actually focused on things that do not change.

For him, the customer will still want lower prices, faster delivery, and wider variety in the future; desires that are unlikely to change.

And if you understand the factors that will remain true in the future, you can pour all your energy behind it, without fear of obsolescence.

To ensure Amazon remains innovative as it grew, Bezos instituted a two-pizza rule.

In simple terms: any team should be small enough to be fed with two pizzas.

This innovative culture has led to the launch of successful new products, services and features such as the 1-Click Buy in 1997, Amazon Prime in 2005, Amazon Web Services (AWS) in 2006, Amazon Echo and Amazon Alexa in 2014, and many more.

Shares of US health insurers fell sharply in response to the news.

But not everything Amazon touches turns into gold.

In July 2014, Amazon released the Fire Phone in a bid to challenge Apple’s (NASDAQ: AAPL) iPhone. The new device flamed out in less than three months, forcing Amazon to take a US$170 million write-off.

Meanwhile, Haven was disbanded in February this year.

Bezos says that Amazon is the world’s best place to fail; for him, failure and invention are inseparable twins.

Ian Freed, the executive who led the development of the Fire phone, would go on to lead the launch of Echo, a smart speaker device, just four months after the phone’s disastrous introduction.

In 2015, Freed was promoted to Vice President.

According to Statista, Amazon is the leader in the global smart speaker market with a share of over 28 per cent at the end of 2020.

As an investor, you can only value what you can see.

When I bought Amazon’s shares in 2010, I didn’t foresee that AWS was going to be as big as it is today.

In fact, until the company split out its AWS segment in 2015, no one knew how big its business had become.

Yet, in 2020, AWS accounted for almost 60% of its operating income, playing an outsized role in driving up its share price to almost 29 times my initial purchase price.

If you own shares of an innovative company, leave room to be surprised on the upside.

His final phrase was four simple words: “It remains Day 1”.

The term “Day 1” started from his first letter to shareholders in 1997 where he said that it was “Day 1 for the internet”.

Embedded in the “Day 1” mentality is the mindset to remain curious, nimble and experimental.

We can do well to follow Bezos’s lead here.

When it’s the first day for any endevour, you have an open mind to change, challenging the status quo, while staying humble at the same time.

Get Smart: A front-row seat to innovation

When it comes to innovative companies, we may want to put our egos aside, and accept that there are developments that cannot be known ahead of time.

Above all, we should let innovators like Bezos lead the way forward.

It’s not to say that he is without flaws.

After all, no one is perfect.

Few can argue that Bezos has relentlessly kept his focus on the long term, never straying from his promise to deliver value to its customers.

Shareholders, on the other hand, have been rewarded for their patience — all while getting a front row seat to learning alongside Bezos.

Being enriched financially and with knowledge — these are the two best rewards that an investor could ask for.